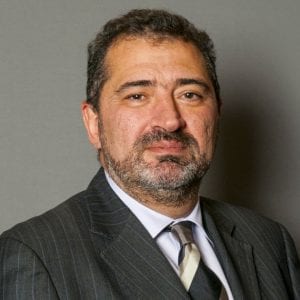 James graduated from University of New South Wales having completed his Bachelor of Laws and Bachelor of Commerce in 1986. James commenced his practice in Kogarah in 1992 and laid the foundations for the current firm.

James has extensive experience in all jurisdictions and courts at both state and federal level, including the High Court of Australia, Supreme Courts, District Court and Local Court. James has also appeared before specialized tribunals including the CTTT, ASIC and AAT. James also has experience appearing before ICAC and has represented numerous clients in the Building Industry Royal Commission and NSW Police Royal Commission.

James is legal advisor to the Greek Orthodox Archdiocese of Australia, The Greek Consulate General in NSW, and the Greek National Tourist Organization. James is the Deputy Chairman of St Basil’s Aged Care and is a member of the Australian Institute of Company Directors. James is a past and present chairman of various school, community and sporting groups. and was the Mayor of Kogarah Municipal Council in 1997 and 1998.

James is fluent in the Greek language. 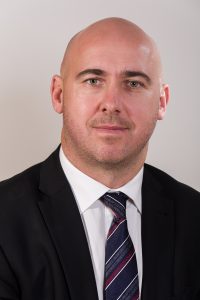 Robert has been admitted as a solicitor since 1998 when he commenced working for Xenos Jordan Solicitors. He subsequently went on to become partners with James Jordan and formed the firm of Jordan Djundja in 2002.

Robert has extensive experience in areas including Personal Injury, Property Law, Commercial & Civil Litigation (including Building and Construction Law), Insolvency law and Criminal Law to name but a few.

Robert frequently handles matters nationally and internationally for both locally-based and overseas-based clients.

Robert also deals with families and small business owners on a daily basis and gives them the same professional service and advice as he would to his large corporate clients.

Robert is also able to communicate in the Serbo-Croatian language. 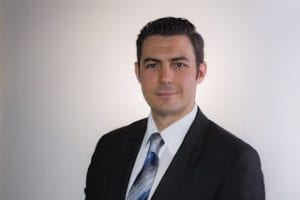 Nicholas was admitted as a solicitor in 2011 and has worked with the office of Jordan Djundja since 2004. Nicholas specialises in criminal, commercial, conveyance, family, wills and estate law.

Nicholas provides specialist advice on the operation of various criminal and commercial court processes. He advises on the preparation and operation of sentencing, defended hearings and trials, estate planning and family law matters.

Nicholas acts for a range of clients on various matters and can communicate in the Greek language.

Alana was admitted as a solicitor in 2017 and has worked with the office of Jordan Djundja in 2016.

Mary has been employed as the office manager with our firm since 1996. Mary handles the firm’s accounts (debtors and creditors) and book-keeping. Mary is also fluent in the Greek language.

Domina has been employed as a secretary with our firm since 1996 and has extensive experience in the areas of property dealings and conveyancing. Domina has particular experience in working with property developers and is also fluent in the Greek language.

Ranji has been employed with our firm since 2001. Ranji is highly regarded by all of the firm’s clients for her pleasant but professional manner. Ranji is also able to communicate in the Hindi and Urdu languages.